In their paper, the authors presented a deep learning framework able to unfold the induced neutron noise up to the reactor core spatial resolution. The noise represented the reactor response to an absorber of variable strength, in the frequency domain, and was simulated using CORE-SIM. Furthermore, the paper proposed a Deep Convolutional Denoising Auto-Encoder, which is capable of filtering disturbing noise out of the signal, as well as reconstructing missing part of the signals. The CORTEX team is looking forward to investigating further simulated scenarios in the time and frequency domain, extending to real-life data coming from nuclear reactors within CORTEX H2020 project. 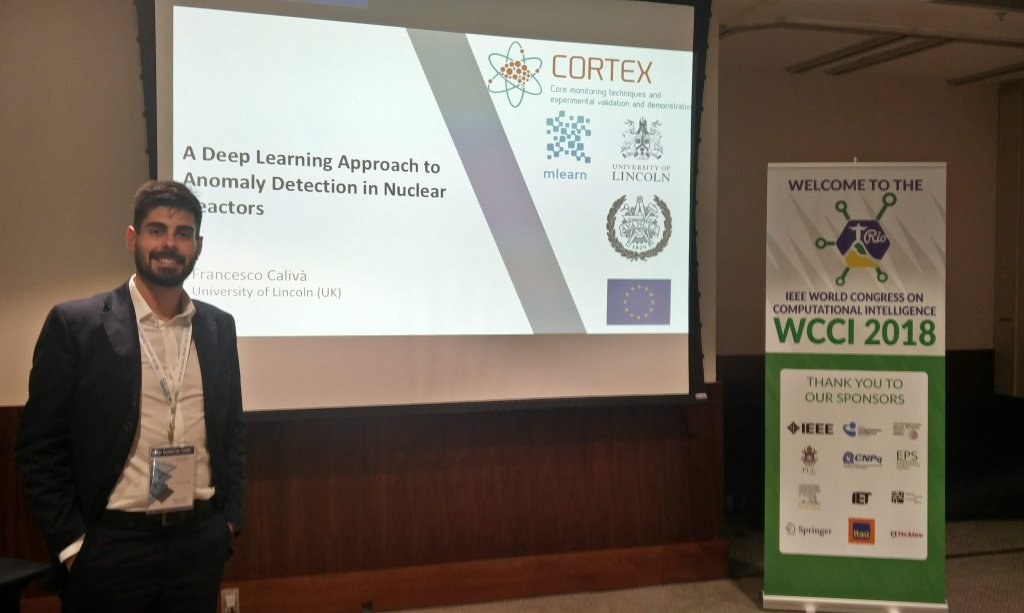 Francesco Calivà at the World Congress in Computational Intelligence